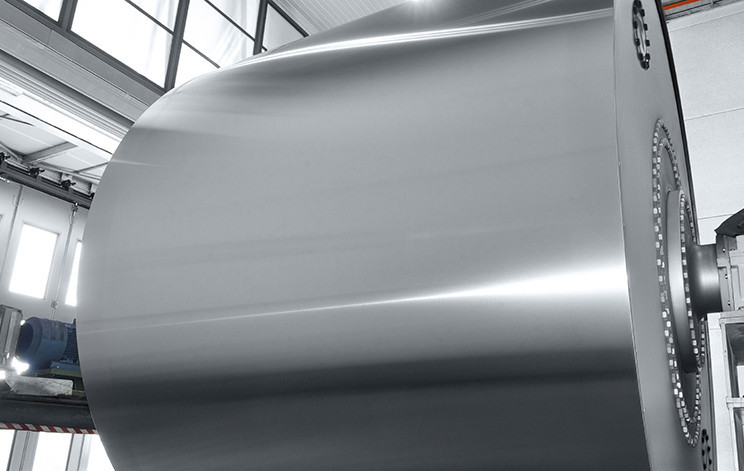 Mr. Dong Yi Ping graduated in 1986 at Tianjin University of Science and Technology and in 1991 obtained a Master’s Degree in Engineering. He joined Vinda in 1992, holding various positions over time, production head, Vice General Manager, General Manager, Director and presently Technical Director of Vinda International Group.  Mr. Dong is also a member of the editorial board of the Tissue Paper & Disposable Product magazine.

Tissue Paper (TP): in comparison with CI Yankees, are SYD to be considered clear-cut winners in terms of advantages or does each technology have its pros and cons? Could SYDs be considered as the second revolutionary progress in the development of tissue machines after the CF technology?

Dong Yi Ping (DYP): I believe that the SYD can truly be considered as a revolutionary progress in the development of tissue machines. In comparison with CI Yankees, SYDs do not have apparent weak points, on the contrary their advantages are very evident. Since the manufacturing cycle of SYD is much shorter, the TM delivery time is also shorter. For instance, the delivery time for a tissue machine installing a CI Yankee, such as the machines we used to purchase in the past, requires up to 11-12 months, while the TMs that we order now with SYDs can reduce this period to 8-9 months. This is crucial from the point of view of a tissue producer. Besides, before the invention of SYDs, the manufacturers of high efficiency CI Yankees across the globe could be counted on one’s fingers, Valmet and a few others, so the offer could not satisfy the high demand of the market.

A part from that, the fact that the coefficient of thermal conductivity of steel plates is higher than cast iron allows an increase in machine speed. Also, since steel can resist to higher pressures, thickness can be reduced, weight goes down, therefore reducing the load of the Yankee’s drive. And since steel has a higher ductility than cast iron, the risk of explosion can also be reduced.

TP: In your view, what is the user experience of SYDs like in the world and in China? And how do you envisage its future development?

DYP: the process of acceptance of something new requires time, nobody wants to be the first person to try something completely new. The first user of SYD was led to choose to try out this technology because the CI Yankee that they were using was suddenly damaged and could not be replaced by the same kind of Yankee in a limited period of time. The supplier of this steel Yankee managed to deliver it within 3 months only, and after startup the operating efficiency was very good.

Vinda started considering the option of SYDs about 7-8 years ago. In 2011 we ordered 4 Toscotec tissue machines and we also placed a separate order for 2 TT SYD, to be installed on Kawanoe-Zoki tissue machines purchased in the same period. In 2012, Vinda purchased Toscotec’s 100th TT SYD. Up until today, Vinda has started-up and is about to start-up over twenty Toscotec’s tissue machines.

The key advantages of SYD: safety and speed increase

TP: what kind of precious experience has Vinda gained in the process of using SYD? In your opinion, what is the greatest advantage of using SYD from the point of view of actual production?

DYP: I think that the two greatest advantages of SYD in terms of actual production are its safety and the increase in machine speed. The safety factor ensures continuous production and increases efficiency of the machine. Moreover, the maximum working pressure of CI Yankees is 7.2 bar, while SYD can reach 10 bar, so this represents the condition for speeding up the tissue machine. According to our experience, if you simply substitute your Yankee with a SYD, you can achieve an increase in machine speed of 15-20%. In 2011, Vinda Liaoning mill placed an order for two Kawanoe’s BF-10 machines and decided to use Toscotec’s SYD. These two machines feature suction hood (only suction, without blowing hot air), with design speed of 770 m/min. Due to the fact that we installed the TT SYD, and made the necessary modification to the best former, without requiring for a greater contribution from the hood, finally we reached an actual operating speed of 1000 m/min. The increase in machine speed is definitely a key aspect for the mill’s production capacity and to increase its returns.


Medium width machines are better suited for the Chinese market

TP: in terms of selection of the tissue machine model, Vinda prefers to use medium width and medium speed machines with net sheet width of 3.4 m and machine speed of 1,500 m/min, and not large width of 5.6 m and high speed of 2,000 m/min. What are the reasons behind this choice?

DYP: a tissue producer should select the model of their tissue machine based on one’s needs, faster speed not necessarily is a better choice. What we consider first is the economical overall energy consumption per ton of paper, in other words the steam and power consumption are to be considered together as a whole, because a decrease in steam consumption that causes an increase in power consumption is pointless.

Currently our first choice of machine model is a CF tissue machine,  with design speed 1500 m/min,  production speed rigorously under 1800 m/min; installing a large diameter Yankee enables us to reduce the contribution of the hoods and use a hybrid hood, which blows hot air in the wet end and works as suction hood at the dry end. Also, based on the different grades, we choose a double press configuration with SPR and BDPR, or a single jumbo suction press roll (diameter 1425 mm). Though a balanced configuration of steel Yankee, hoods and press we can reduce the overall energy consumption to a minimum.


The fast development of tissue machines made in China.

TP: in recent years, Chinese manufacturers of TM are promoting R&D of medium-high speed machines, do you think that in the future tissue machines that are made in China will be competitive on the market, along with imported machines?

DYP: foreign tissue machines suppliers have accumulated decades of technical practice, they have solid force of R&D and design, wide-ranging experience, and lead on the development trends of TM technology worldwide. The R&D and manufacturing work of medium-high speed TM in China has started off rather late, design and research staff are in short supply, yet in the past few years Chinese suppliers made very fast progress, thanks to the experience absorbed from foreign suppliers’ advanced technology. The Chinese market is very big, I believe that in the future Chinese manufacturers will be able to progressively satisfy more requirements of medium small enterprises, and expand their potential for development.