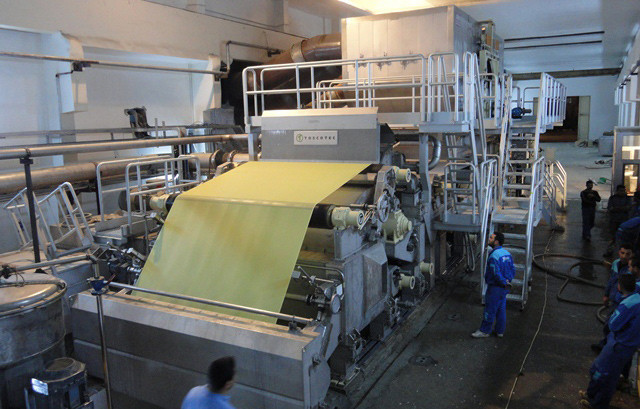 MPM is one of the well recognized tissue producer in the Syrian market, with ambitious plans for expansion and growth.
The Company was established in 1989 and is owned by the Jalloul family. Before the installation of the new machine, MPM was producing and converting around 3.500 tons per year of toilet, facial and napkins for the local market. To better serve the growing Syrian market in terms of quantity and quality the company has decided to replace the old existing TM#1 fourdrinier machine with a last generation line.

The old machine was shut down and dismantled in November 2010, erection activities started in December 2010 and has been completed in February 2011; after commissioning phase, the machine has been successfully started-up reaching the steady saleable production in few days.
Machine speed is up to 900 mpm with a trim width of 2250 mm, for a daily production of 40 tons increasing the overall mill production output.

This new successful project, completed in accordance with the original time schedule, confirms once more Toscotec as strategic partner for tissue producers in the whole range of tissue machineries supply, from large high speed units up to modular and energy savings machines for emerging markets.