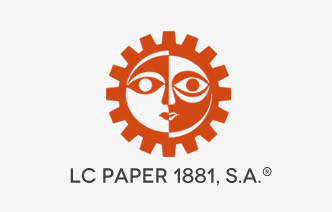 Besalu, Catalunya (Spain) - At the beginning of October 2014 the Spanish Company L.C. Paper 1881 has started up PM2 in Besalu, (Catalunya – Spain) after a major dry-end rebuild with Toscotec and its associate Milltech.
The rebuild project target was mainly to reduce PM2 energy costs and improve paper machine efficiency as well as increase the production at higher tissue grades thanks to the application of TT DOES (Drying Optimization for Energy Saving) package.

LC Paper was formed in 1881 on the back of the Industrial Revolution and is now well regarded for its production of niche tissue products contained with two tissue machines (PM2 and PM3) annually producing 65,000 tonnes of tissue for the AfH market. The main focus of the mill is toward energy saving aspects and for this reason since many years the Company has been focused on cogeneration applications.
Already in 1993, LC Paper introduced in the mill a cogeneration plant. It was the first plant with a diesel engine of 6.5 MW in Spain that was expanded in 1999 with a second 6 MW engine. In 2009 LC Paper launched PM3 with a patented process that takes gas from the cogeneration plant to dry the paper by the means of an innovative hood provided already by Milltech. In 2011 the first diesel engine was sold and in 2012 LC paper installed a new gas engine. 6 MW of this energy have been used for feeding the new hood by Milltech on PM2 with a further decrease of energy consumption.

The combined scope of supply Toscotec/Milltech featured a new double presses configuration with a rebuild of the felt run, a new TT SYD-15FT with doctoring system and a Duo-system Yankee hood, SMART eMT type from Milltech. The wet end hood is burner feeding type while the dry end hood could be fed either by cogeneration gases or by conventional burner.

So the exhaust gases coming from a gas engine are used to generate two stages of steam (high and low pressure) through steam generators in addition to the heat recovery to pre-heat the make-up and combustion air for the hood.
Maximum drying production with a machine trim width at reel of 3050 mm will be 130 tpd. With this new intervention the PM2 thermal consumption will be lowered to 1,350 kWh/t.

The rebuild project has been successful thanks to the close collaboration between the L.C. Paper staff and Toscotec and Milltech teams which were able once more to introduce innovative solutions to the tissue production process in accordance with LC Paper business philosophy.