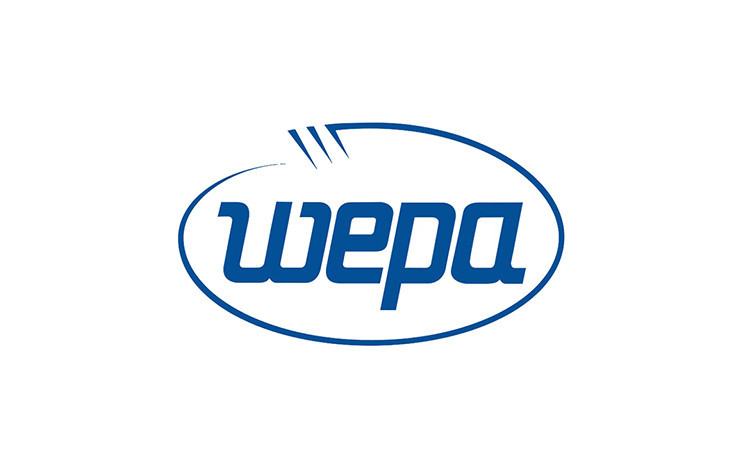 ARNSBERG, Germany, 25 November 2015 (Press Release) - The WEPA Group, with headquarters in Arnsberg, Westphalia, was able to put the two new paper machines into operation in Lille, France and Marsberg, Germany in the 3rd and 4th quarters of 2015 as planned. With these, more than 40 new jobs have been created at the two locations combined.

In Lille, start-up took place at the beginning of August. Following successful optimisation steps, the machine was already capable of producing high-quality raw paper for making bathroom tissue and kitchen rolls after only a few days. The paper machine is equipped with the best technology that is currently on the market and produces around 35,000 tonnes of hygienic paper per year at a rate of 2,000 m/min. This raises the overall production capacity of the WEPA location in Lille to a total of 92,000 tonnes per year, which will be marketed primarily in France and Benelux as bathroom tissue, kitchen rolls and cosmetic tissue.

The second machine, which is essentially identical in construction, could also be put into commission at its location in Marsberg, Germany in the 4th quarter. After an absolutely trouble-free construction phase, the first parent rolls were produced on 27 October. With a production capacity of 32,000 tones, the plant will raise the location's capacity to more than 125,000 tones of raw paper per year. This will be processed into bathroom tissue and paper towels predominantly for the German market.


"The construction of each paper machine in less than a year from the ground-breaking ceremony to starting operations is setting standards for the future. The excellent cooperation with our long-term machine supplier Toscotec as well as with all other suppliers is what made this milestone possible," is what Walter Hirner, member of the WEPA Group's board of directors on technology had to say.


Both plants make a considerable contribution to reducing CO2 emissions especially as regards their particularly high energy efficiency. This way, resources are conserved and cost structures are optimized. By decreasing purchases of semi-finished goods, the WEPA Group also optimises their logistics chains among their European locations.


Martin Krengel, the WEPA Group executive chairman states, "Our willingness to invest in state of the art technology underscores our future-oriented corporate strategy. The additional production capacity will contribute substantially to optimizing our supply chain and to strengthening our market position in all of Europe."


The WEPA Group with its eleven locations is using these measures to strengthen the competitiveness as the third largest European producer in the hygiene paper market. Now with a total of 19 paper machines and a production capacity of around 720,000 tonnes, more than 400 million consumers in Europe can be supplied with high-quality tissue products.


The balance between corporate values and economic success as well as innovative spirit and team spirit have made WEPA one of the three largest suppliers in Europe today. The products are predominantly sold to European food retailers in the consumer sector as private labels. In addition, the business sector, WEPA Professional also supplies a complete hygiene paper and dispenser system especially for use in washrooms and cleaning in the away-from-home sector.